I never knew what this band had in common with punk/hardcore or why they were on a label whose roster was mainly .. well, punk and hardcore. But Nocturn isn't hardcore nor punk, they play slow, punishing death metal with slight thrash metal influences. Don't let yourself deceive by the rather goofy cover artwork. You'll regret it as soon as you hear the evil vocals and the doomy riffs that open the album. The singer sounds like a more bleak version of Morbid Saint without the speed but with the great riffs. Most tracks on Estranged Dimensions are very long but it doesn't get boring all through. It's too bad this is one of those band which only had the chance to record one album before disappearing into obscurity, what might have been if this came out in '88 and their second full-length was finished before 1991 - I think it would have been a nice and slightly more mature mix between Morbid Saint, Massacre and some Winter-goodness, aah .. what could have been!

Old World Records basically has two records I care about. This one and Cry Of Terror's full-length which has slight hardcore influences. Both look ridiculously lost between all the hardcore releases on Old World .. and funnily they're the only two collectible releases on this label. Sadly the better of the two (Nocturn, obviously) is much, much harder to come by which is a shame. This has to be heard by more people. So folks, re-release this great piece of death metal already! 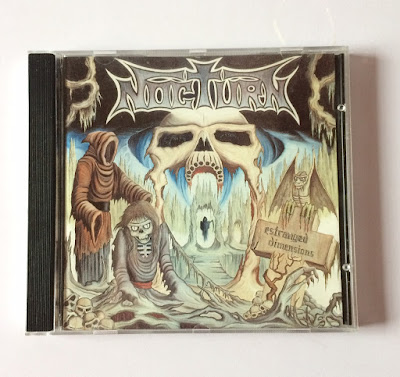 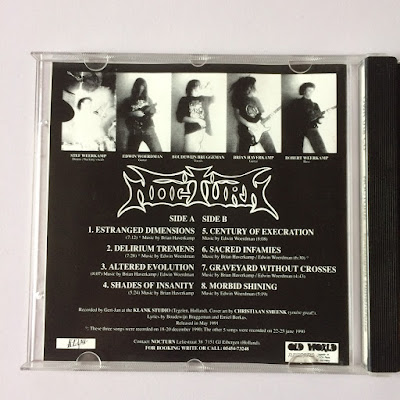 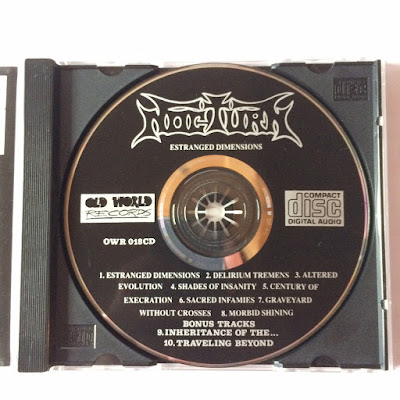 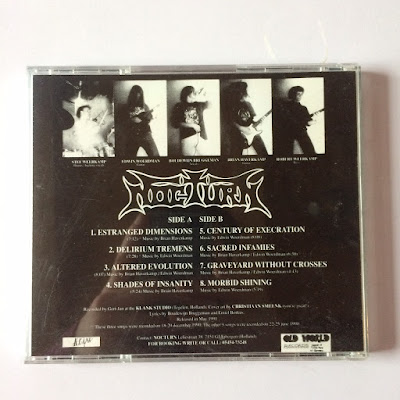 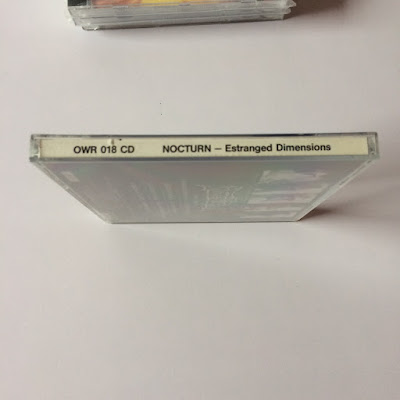